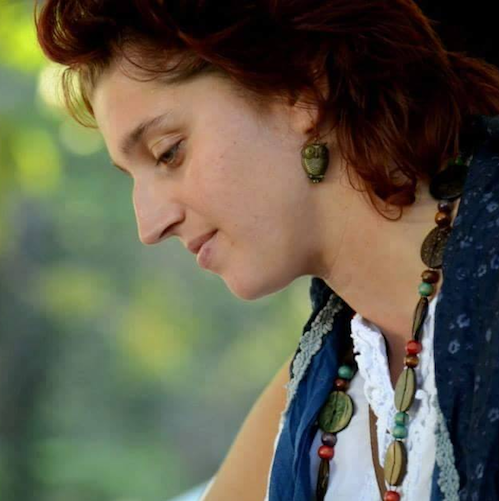 Teodora Lazarova is a scenographer. She graduated from the National School of Performance and Screen Arts, Plovdiv, and in 2006 she receives a degree in Scenography from the National Academy of Art, Sofia, under the supervision of prof Krasimir Valkanov.

Since 2006, she has worked as a scenographer in more than 50 plays in Drama and Puppet theatres across Bulgaria (Sofia, Varna, Ruse, Stara Zagora, Kazanlak, Sliven, Shumen, Plovdiv). From 2005 until 2011 she was part of the team on Student Theatre Studio “Stsena 99”, Stara Zagora, headed by Hristofor Nedkov. She is a contributor in Shakespeare Theatre School “Petrovden”, Patalenitsa, managed by Inna Tserovska.

From 2010 until 2018 is a scenographer at Drama Theatre Geo Milev Stara Zagora.

She has participated in multiple theatre and film exhibitions and workshops and works with graphic design and advertisement for performance arts.