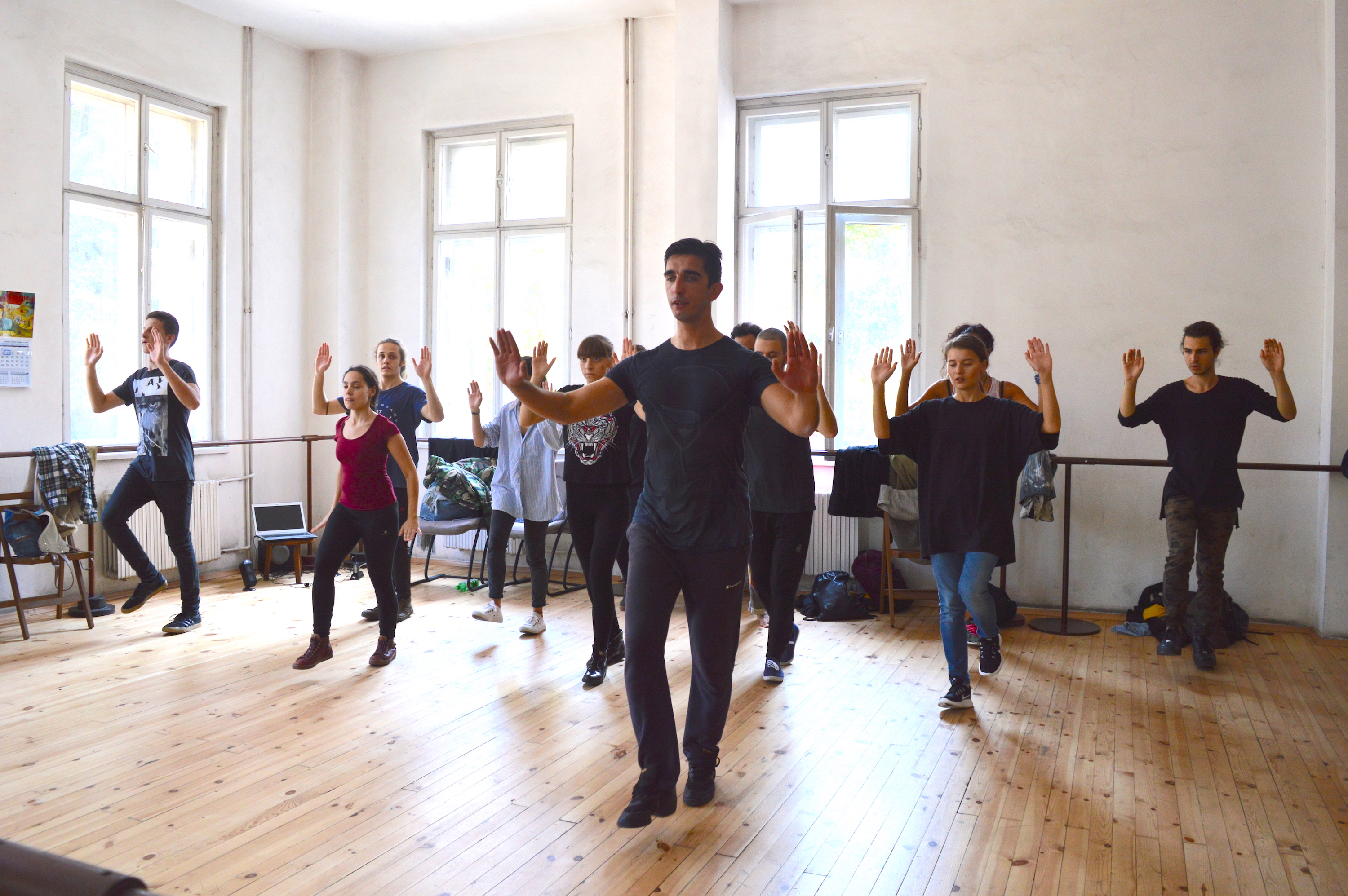 Stefan Vitanov led the festival’s dance workshop. During the warm-up, he introduced the young actors to Bulgarian traditional dance. “In Bulgaria, there are a few main dance regions and seven completely different types of dance.”

If you would like to dance in the tradition of the shopski region, then you need to know the story of the people who lived there, in Sofia. “Once upon a time, Bulgarian people did not just dance to have fun. They would work all week long and on a Sunday, they would go to church, which was followed by the moment they would celebrate – and then they would dance!”. Stefan demonstrated the first few steps of the Pravo horo. Although most of the actors had not known Bulgarian traditional dancing, they all wanted to learn to dance horo. They learned the steps of the Dunavsko horo. The hall was filling with enthusiasm from the crowd. Then it was time for the Djinovsko horo. At first, simply the rhythm and then, the steps. “The first try will be a mess, for sure, so just make sure you feel the music… we are dancing, after all – have fun!”. The actors got mixed up in the moves – but just at the beginning. Soon, it all became much easier and smiles of content started appearing on their thinking faces. The tempo was going faster. Bit by bit, we saw a full choreography forming – a dance, which they performed at the end of the workshop, when the audience witnessed synchronous movements and smiles.