Berbatov takes part in the charity match “ACTORS vs. BEROE” 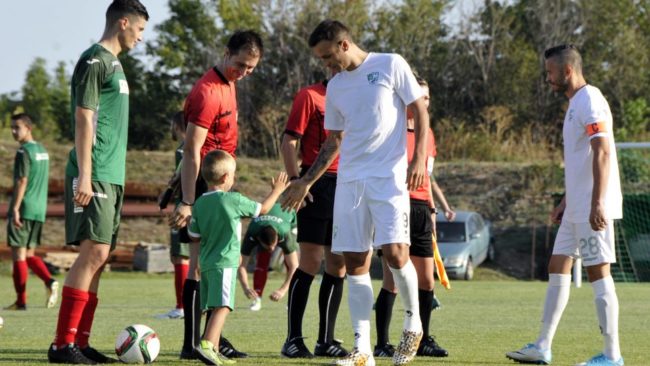 Dimitar Berbatov goes out on the pitch with Beroe’s shirt in the “ACTORS vs. BEROE” charity match, which will take place on September 9, 2018 at 7:00 p.m. Along with him, for “Beroe” will play the club’s coaching team – Alexander Tomash, Konstantin Mirchev and Todor Kyuchukov. After an 18-year break, the four players will return to the stadium with the same color.

Dimitar Berbatov is one of the most successful strikers not only on the Bulgarian football pitch but on the European as well. He has won the Bulgarian Footballer of the Year a record seven times and he is the country’s all-time leading goal-scorer.

PFC Beroe was delighted to join the noble initiative and calls everyone who has the opportunity to come to the stadium for this special event.

Tickets for the match can be purchased online at eventim.bg, as well as from all Eventim cash registers in the country – OMV petrol stations, Technopolis and others.