A few words from the festival team 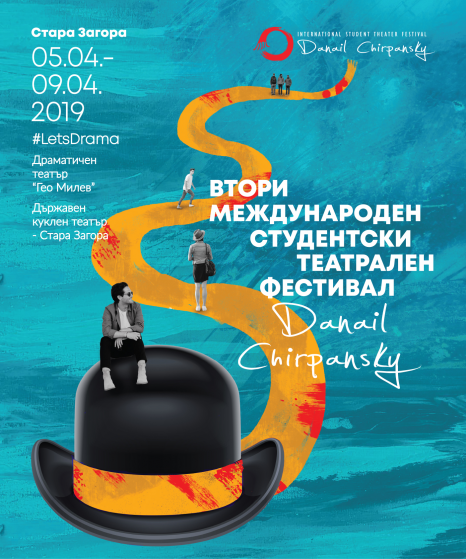 Have you ever had the feeling you are in a vacuum?

That is how we felt when we lost Dani. Still there was that one thing scarier than pain – oblivion.

We created this festival to fight oblivion. To transform something that was interrupted into something we can pass on. To create something bigger than sorrow, something bigger even than a life story. And here we are, two years after the first edition: running towards the windmills with unrestrained euphoria, because in this multifaceted complicated world we put a little point – and we proved it. We proved that loving what you do – selflessly and without limits – is the engine inside which would ultimately always lead you to your final goal.

We want to thank everybody who made this possible!

We thank FC “Beroe” and  the actors who took part in the realization of the craziest idea in the world – the charity football game “ACTORS vs. BEROE” in September 2018. There was a special participant in the game – one of the biggest football players of Bulgaria, Dimitar Berbatov. The game took place at the “Beroe” Stadium, gratuitously conceded to us by the Mayor of Stara Zagora – Zhivko Todorov. A few weeks later the cast of “The King Stag” gave a charity performance in Theater “Azaryan” and donated the proceeds for the festival. Similarly, in January this year the 2017 class of prof. Plamen Markov from NATFA (part of which was Danail himself), gave a charity performance of “Bai Balcho Remembers”, on the date of Dani’s birthday, in Youth Theater “Nikolay Binev”.

We thank Drama Theater “Geo Milev” and State Puppet Theater of Stara Zagora for granting us their stages and turning them into our home! We also thank all institutions, sponsors and partners! Also, a big thank you to each person that helped us with words, advice, work, funds or equipment, to every exhausted volunteer, to all participants and Academies.